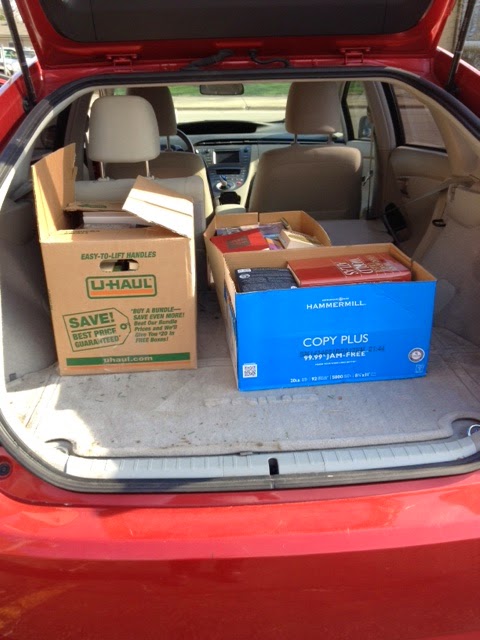 As I was listening for the voice of the Shepherd this week, I found myself remembering other voices which have so shaped me. I am grateful to say that those which stay with me have been life-giving ones.  In fact, some of those voices have been resounding especially clear in these last days.
This is why:

I spent some time sorting through books this week. It was no easy task, but I saw that our local library was ‘recycling’ them and it pushed me to do what I’ve needed to do for some time.

For as you can imagine, I have far too many books. If you are not like me, perhaps you know someone who is. Books are friends. They hold memories. Indeed, some of the books on my shelf date back to when I was in High School. A number of them were college text books which so shaped my way of seeing the world, I can’t bear to let them go.  And some of them? They were gifts, gleaned from the libraries of others. Many of these still have the original owners’ names inscribed in them.

Let me especially tell you about those.

When I was in my last month of seminary, my adviser was preparing to retire. Like me, he was a lover of books, but without his office shelves, he needed to get rid of a whole lot of them. So he let me have my pick. Now to be sure, he had already boxed up what he wanted for himself. What remained were the leftovers. Even so, I managed to walk away with a box of them myself. A number of them still sit on my shelf. Paul died of cancer not long after that, so all I have left of him are those books with his handwritten name inside and a handful of letters he sent me while I was on internship. Truth be told, I’ve never even read most of those books, but I feel as though I still hear his voice of confidence in me whenever I run my fingers along their spines.

And then there was another Paul. This old retired pastor had moved into assisted living not long before I came to serve the congregation where he was a member. He had only one room to call his own, but he managed to fit in a small book-case which held his most treasured books. By the time I knew him, he was losing his sight and so he gave them to this then young pastor to add to her library. Some of them I have since passed along to others, but I have not been able to dispose of the worn out Bible which was clearly so dearly loved and used. Nor have I let go of the old black Occasional Services Book which held words which had, no doubt, comforted thousands as he spoke them.

And there was this. As I sat on the floor one last time pulling books off the shelf and setting them in boxes, I flipped through one to find an old letter from my dad. Written on a piece of legal paper, it is now faded from yellow to green, but his handwriting is still clear. He had mailed it to me just a year before he died. It holds his reflections on all the news of the day including his deeper thoughts about family and church and growing older. He ended it with:

I regret now that I did not have the foresight to keep many of his letters. What a gift it was to come upon this one so unexpectedly.

So it is that this week as we listen again for the Shepherd’s Voice, we may find ourselves thinking first of others who spoke in the Shepherd’s behalf to us. Those who encouraged and challenged and taught us. Oh yes, each of these and so many more whose voices I trust today are always only reflecting first the voice of the Shepherd. Who laid down his life for the sheep and in ways that are real and true call us to do the same. Who knows us fully and completely. And yes, as we are told today, will be recognized by so many whom we have not yet met and perhaps cannot even imagine being part of the same fold with us.

To be sure, all those I name above and so many others were those who listened for the Shepherd’s Voice and in their doing so taught me to do the same. They were, indeed, powerful voices of encouragement and challenge and hope. More than anything they were, in their own ways, shepherds who followed our Shepherd Jesus and in doing so, taught me how to be and do the same.