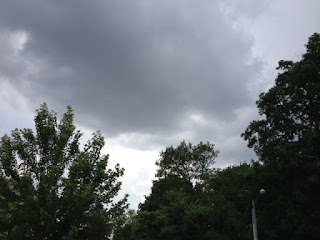 Mark 4:35-41
I have been a pastor nearly half my life now and for the first time in these last weeks I have found myself in conversation about safety plans in the event of extreme weather. Of course, this has been prompted by a recent tornado whose path missed us by mere miles as well as another last year which made its way across central Illinois while people were at worship on Sunday morning. It could happen here, of course, so plans are in the works for keeping safe the two hundred or so who gather for worship at First Lutheran Church at 9 a.m. on Sunday morning. We will conduct a tornado drill in two weeks. We have invited our local chief of police to be present this Sunday when usher teams will gather to strategize. Indeed, we need to be prepared before we practice, else even such a drill could have unpleasant if not tragic consequences.

It strikes me now that this is often the best we can do when storms threaten. We do our utmost to prepare and when the time comes, we take cover. Oh, perhaps we build our houses in such a way that they will better withstand the elements. We cut down trees — as I did last summer — which could be felled by wind and rain or snow and whose falling could put people and property in harm’s way. Mostly though? We have little choice but to just get out of the way and when necessary to do so quickly. For storms are dangerous. Water can rise quickly. Lightning can strike before the first raindrop falls. Driving rain can impede eyesight and make our footing less secure.

As I read again the familiar story before us now, I have to believe that it must have been some storm which had even these seasoned fishermen certain death was near. For it surely could not have been the first time they found themselves at risk on open water. They must have exhausted all their other usual options and now that panic has set in all they have left is to turn to the one who is sleeping on the cushion — seemingly oblivious to the violent wind and driving rain. Not to mention the commotion of his fellow travelers. Indeed, all they seem to know to do is to call out their anguish to Jesus who, with just a word, muzzled that wind and rain which had been so threatening just a moment before.

Now, I have to say that I can’t blame the disciples for being afraid. The boat which held them was starting to sink, after all. I surely would have been afraid — perhaps even to the point of panicky paralysis, wouldn’t you? And I’m not certain I immediately know what it looks like to have faith in the face of a storm like this.

Perhaps it is worth noting that in the time of Jesus such extreme weather was thought to be the work of evil spirits. Maybe this is the direction we go as we discern the meaning of this certain truth that Jesus has control over that which no mortal being has ever had control.  Indeed, neither your nor I nor those disciples so long ago had the power to still such a storm. So is it any wonder then that at first they ignore his challenge about their faith and simply stand still exclaiming their awe and wonder at what they have just witnessed? And yet, our abandoning hope and giving in to our terror surely isn’t God’s intent for us either whether an actual storm is swamping our boat or we find ourselves threatened by a myriad of other things which all too often appear to be entirely out of our control.

So what are we to do with the story before us now?

Even so, perhaps we are changed if we allow ourselves, even as the disciples did, to simply stand still in awe when in the presence of such power which muzzles the worst that can threaten us. Which is all the time, if we are paying attention. Indeed, perhaps it is so that I do walk away empowered once more to hold fast in the storm as I am able to trust that somehow our benevolent God holds us all. Even in the storms. Especially in the storms. What do you think?