I find myself remembering Lyle this week-end.

Lyle was a member of my first congregation.  He was number seven or eight in a line of children — all then in their late 60’s or 70’s, all still living, and for the most part, all still living within reach of one another.  He was a retired farmer. He was an avid fan of his grandchildren’s high school sports — so much so that after he died, they named a trophy after him.  I remember him now as quite affable.  I also remember that he was a little stubborn.

For you see, Lyle was the only person I have ever known who refused to change the clocks when it came time to do so in the spring.  He didn’t believe in Daylight Saving Time. (I’ve come to learn that many other farmers feel the same way.  They just didn’t tell me about it.)

Well, this meant, of course, that from spring until fall, Lyle would have to think harder about ‘the time’ to be sure he didn’t miss worship, or an appointment, or a ballgame.  The sacrifice must have been worth it for him, though, for his whole life he had been governed by the rise and the fall of the sun. The actual time on the clock made no difference to him.  If the sun was up it was time to go to work.  If it was not, he was done with his day.

Although Lyle was out of step with the rest of us, he was right, of course. What difference does it really make to take an hour of sunshine and remove it from the beginning of the day, only to tack it on at the end? It is not as though daylight itself is actually being ‘saved’ then.  We still have the same number of hours of light in our day. No, indeed, not a one of us can ‘control’ the light — all we can do is position ourselves in relationship to the light. 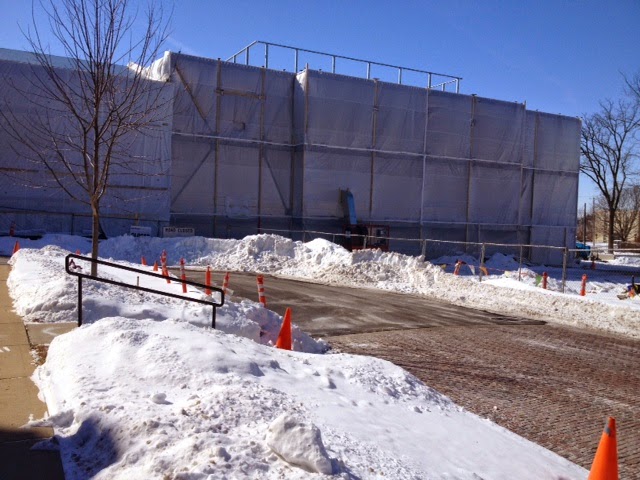 In our Gospel lesson today we hear a whole lot about light and darkness.  Just like we can’t control how long the sun will shine in the sky, we also cannot control the light John points to here. All we are called to do is stand in the light which has come into the world— this light that is Jesus.

Of course, the words before us now remind us that sometimes we do prefer the darkness — particularly if we feel we have something to hide.

Indeed, I think now of a while back when we experienced some minor vandalism — some graffiti was discovered on a back door of the church early on a Saturday morning. Once it was reported and cleaned up, it was left to us to decide how to prevent it in the future. Our solution was to turn on the alley light so that there are no dark corners.  It has not happened again.

Or I think of the family — or the congregational family — which has harbored ‘secrets’ — parts of their experience which have been kept hidden from most of the rest of the ‘family.’  It is only when those ‘secrets’ are exposed to the light, that there is any chance of healing. Some of you will know of what I speak when I say that in those cases, sometimes we have to be dragged kicking and screaming into the light. And yes, sometimes it is so that we have to ‘live in the light’ for a while before we start to realize and experience the gifts of accountability or forgiveness or new beginnings.

And yet, while we might like to believe otherwise, it goes without saying that each and every one of us has something we prefer not be exposed to the light.  There are parts and pieces of ourselves, our experiences, our histories, our foibles, we would not want to risk to the harsh light of the scrutiny of others. What is important to remember though is that while the light that is Jesus exposes what is wrong in and among us? It is also the light that shines out God’s unending grace which is ours to receive in its entirety in John 3:16 — also a part of this week’s reading from John. This is the light that came to save and not to condemn. This is the light that brings healing in its forgiveness. This is light that brings life. This is the Light that is Life itself.  And it can’t do what it does —  Jesus can’t do what Jesus promises to do — without our being ‘exposed’ as completely human and entirely in need of that Light of Grace and Forgiveness.

So yes, Lyle was mostly right.  We can’t control the light. It simply comes as Jesus did and does — and in the case of Jesus, by God’s will and God’s doing. But maybe Lyle was also a little wrong — at least as we understand Daylight Saving Time to be our very human effort to position ourselves in relationship to the light for a little longer in a world which is far less agrarian than it used to be.  For in the same way, we can still choose whether to stand in the Light that is Jesus or not.  When it comes to Daylight Saving Time, I imagine that debate will continue. Either way, Lyle’s argument with the rest of us has me thinking this week about light and how I stand in relationship to it. Especially this Light that is Jesus. How about you?